I left Sele School in 1973 to do a secretarial course. I originally wanted to be a needlework teacher, but my mother said: “there is no money in sewing”. However, I later went on to prove her wrong!

After a few secretarial jobs, I went to work for Phillips, training customers to use their range of Word Processors. During this time, I met and trained the film director, Stanley Kubrick. Stanley offered me a job and I worked for him as his PA for seven years. I started in 1980 on post-production on “The Shining” and then worked with him on various potential projects before finishing at the end of production on “Full Metal Jacket”. I then decided to go freelance as a Production Co-ordinator working on various films and television programmes.

I met my husband, who also works in the film and television industry, and we had our daughter in 1992. A small child and two parents working in the film industry does not work well, so I decided to give up my career in the film industry to look after her. However, once she started school, I knew I needed to do something else, so I decided to re-train in something that I had always enjoyed, and that I thought would work around her and her schooling.

I re-trained in upholstery at London Guildhall University (now London Met) and soft furnishings at West Herts College in Hemel Hempstead. I gained my professional qualifications with distinction and won a Worshipful Company of Upholders’ prize (Upholders is the archaic word for upholsterer). I then went on to take on private commission work from a workshop that I had built at the bottom of my garden.

In 1999, West Herts College asked me if I would like to run their upholstery courses, and I later went back to London Met teaching their advanced upholstery courses. However, in 2005 Government cut the funding for the crafts and, with a bunch of students who wanted to continue to train, I decided to set up my own upholstery and soft furnishings training centre in Colney Heath near St. Albans. Since then my training centre has developed into one of the largest private training centres in the Country. I employ three other tutors and we have 65 students going through the centre on a weekly basis, doing a range of professional Association of Master Upholsterers & Soft Furnishers (AMUSF) qualifications or day and evening leisure classes.

I have been a member of the AMUSF since 1999 and was made Director of Training for them in 2008. Since then I have developed their range of qualifications and encouraged and supported the setting up of 17 other training centres around the country. I also sit on several industry and Government bodies advising on upholstery and soft furnishings skills and training.

All through my career, I have been involved with the Worshipful Company of Upholders, one of the ancient City of London Livery Companies. The Upholders support the City, the Trades of Upholstery and Soft Furnishings and Charitable endeavours. For the past 18 months, I have been working with the Trustees of the Upholders on a new bursary scheme, for the young and financial disadvantaged to be able to undertake upholstery training. I also have the privilege to being made Master of the Worshipful Company of Upholders on 1st April this year. Only the third Lady Master in over 650 years. 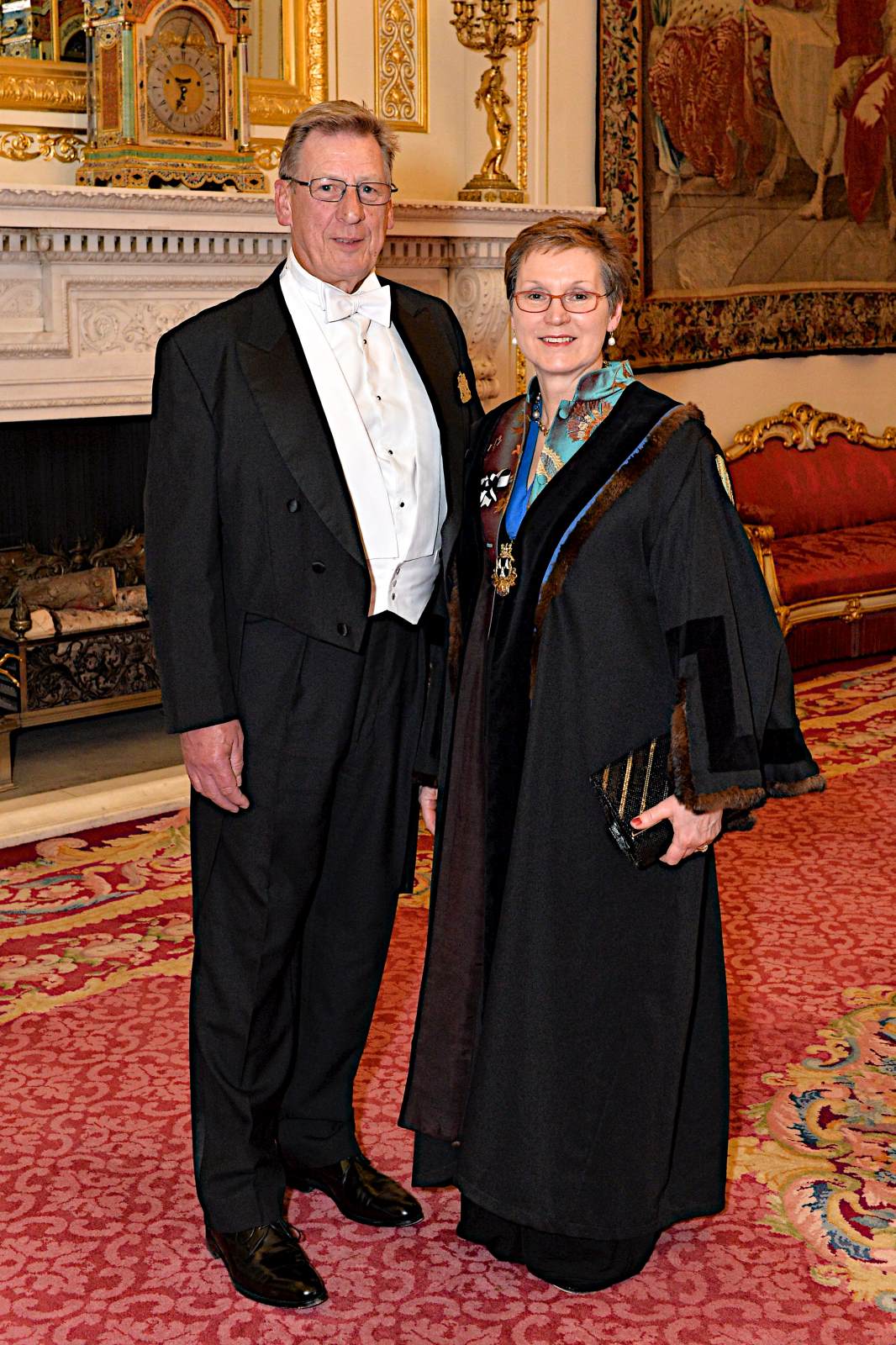 2020 is turning out to be a very exciting year for me. Not only to be made Master of the Upholders, but I also had the honour of being awarded an MBE in the Queen’s New Years’ Honours List for Services to Upholstery. So, I am off to Buckingham Palace in June for my Investiture.

Hopefully, you will all have long and successful careers, but I hope that my experience will show you that you can have more than one very successful and rewarding career during your working life. So, enjoy every day and take every opportunity that comes your way, as you never know how it will turn out or how rewarding it can be.